WELCOME! WE’RE GLAD YOU ARE HERE. WE OFFER SAFE OUTDOOR ACTIVITIES FOR ALL AGES. WE CONTINUE TO OPERATE WITH ENHANCED SAFETY MEASURES, INCLUDING ALL STAFF WEARING MASKS. SEE “CONTACT” PAGE FOR BUSINESS HOURS

Spanish for "crown", Coronado is home to the iconic Hotel Del. This historic hotel is Coronado's glittering jewel and most famous landmark of Coronado Island. Commonly referred to as an Island, Coronado is in fact a peninsula connected to the mainland by a strip of land called Silver Strand. Overlooking the Pacific and one of the state's most scenic beaches, Hotel Del is a world-class resort and a good place to start your "Island" experience.

Back to All News Indecisive Traveler

Coronado is an iconic destination full of must-see attractions. If you’re feeling fancy, Coronado is a good place to scope out some vacation rentals in San Diego, where you can be near Coronado beach, which is considered one of the best beaches in the area. I chose to stay closer to the airport and downtown San Diego and simply spend a day exploring Coronado Island. To be honest, if money were not an issue, I definitely would have loved to have spent a night or two in this area, but since I couldn’t do that, I made the most of my day trip. So, if you’re planning a day on Coronado Island, here’s how to soak up as much of it as possible.

While it is possible to drive to Coronado, the Coronado Ferry is a great cheap option. The ride is only 15 minutes and you can sit on the deck and take in the views. It leaves every hour and you can buy tickets at the ferry port. Check the prices and schedule here. Bonus: It’s free to bring a bicycle on board.

Personally, I think bike riding through a city is one of the best ways to see a new place. Coronado is also especially bike-friendly thanks to the Bayshore Bikeway. The 24-mile bike route is a relaxed, scenic path that runs through Downtown San Diego, Coronado Island, and South Bay. The best part is that 13 of those 24 miles are car-free, so you won’t have to worry about pedaling like crazy to dodge traffic on your beach cruiser. 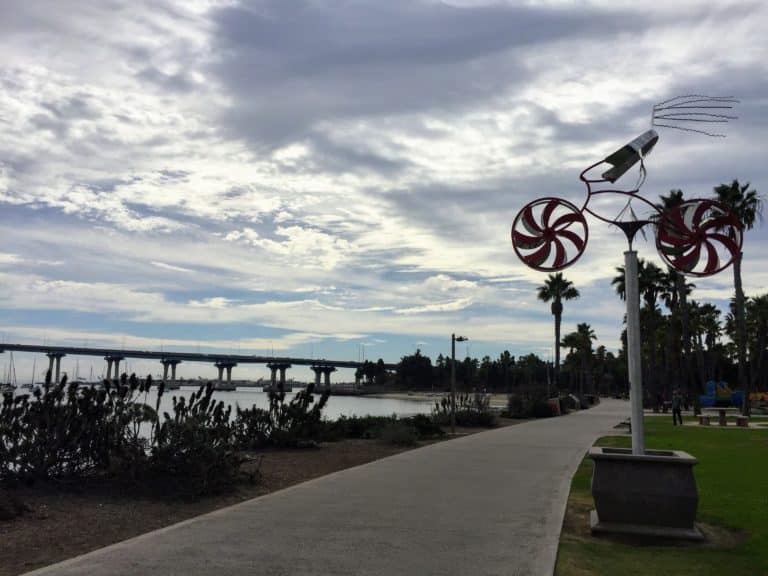 San Diego is all about bikes, so you won’t have any trouble finding a bike rental near wherever you are staying. I rented my bike from Wheel Fun Rentals because they had a kiosk right outside my hotel (Sheraton San Diego Hotel & Marina). I wanted to cycle to the ferry. Somehow I got mildly lost even though it’s basically a straight line between the hotel and the ferry, but I digress.

If you’d rather wait until you arrive, there are plenty of options as soon as you get off the ferry. You can get beach cruisers, electric bikes, tandem bikes, and even those crazy pedal cart things for families. When I stepped off the ferry it looked like a cyclist convention was in town. Every spare pole, handrail, and bench had bikes locked to them and there were cyclists enjoying drinks and food at the restaurants at the port.

As soon as you get off the ferry, you’ll see signs for the Bayshore Bikeway as well as helpful signs telling you distances to tourist attractions such as the famous Hotel del Coronado. As I mentioned before, I’m remarkably good at getting lost, so the clearly marked bikeway was extremely helpful.

What to see on Coronado Island

Coronado is best known for the Hotel del Coronado and Coronado Beach, so I headed straight there.  The pathway starts out right along the water, offering you some gorgeous views of the city of San Diego. The day I explored was overcast and a little chilly, but somehow still incredibly beautiful. I found myself taking deep breaths and relaxing my whole body even as I continued to pedal my way along the path. It was one of those perfect travel days where I just felt happy, lucky, and grateful to be experiencing this new place in this way.

Once I made it past the water, I found myself leisurely pedaling in a bike lane next to some truly lovely houses. These houses were so huge and picturesque that they easily could have been boutique hotels, but they were just normal residences. San Diego isn’t exactly cheap, but seeing these houses made me very aware of the increase in the cost of living just across the bay.

You don’t have to stay on the road long before you are guided onto a bikeway that is completely separate from cars. I enjoyed it so much that I somehow missed giant signs and also the very obvious and iconic red roof of the Hotel del Coronado. I was tempted to go to the very end of the bikeway but was more intrigued by the hotel and beach, so I doubled back.

The beach is as picturesque as you’d expect it to be. I quickly decided to ditch my bike, kick off my shoes and socks, and take a nice stroll in the sand. Oh, and speaking of sand, there happened to be some sand castle artists on the beach that day, so I got to check out these beauties:

The beach was clean and peaceful and seemed to go on forever. It was wide and long, so even though there were a lot of people there, it never felt that crowded. There were hilly areas where the wind had whipped the sand into peaks and rocky areas where kids were giggling as they leaped from one boulder to another. It definitely was not warm enough to swim, but there were plenty of people simply enjoying the sunshine, along with a few crazies willing to jump into the water. I dipped my toes in, and this is how that went:

The beach is open to the public, but guests of the Hotel del Coronado get a pretty sweet view from their windows, balconies, and terraces. I saw quite a few guests enjoying fancy AF brunches while taking in the view.

The hotel offers tours for anyone who is interested in the history and architecture of the building, but there is a charge and the tours last 90 minutes. Personally, I wasn’t interested enough to dedicate that much time to the tour when I only had 1 day to enjoy Coronado island, but if you have the time, you can sign up for a tour through the Coronado Historical Association.

Another great way to experience the hotel without actually paying the hefty price to stay there is to rent one of their beach chairs or lounge beds for the day. They offer such an amazing old-timey charm and they looked so freaking luxurious. My one regret from my trip to San Diego is that I did not have the time to veg out with a book in one of these beach beds!

I mean, seriously, who wouldn’t want to spend a day reading, eating, and napping in one of those?! If you want to rent one (which you should, and and then you should tell me all about it) you can just walk up to one of the employees who hang out in a tent right next to them.

After a walk on the beach, I realized my stomach was growling pretty aggressively. There are plenty of fancy restaurants in the area (including at the Hotel del Coronado) but I was in San Diego so all I could think was I WANT TACOS.

A quick Yelp search pointed me towards Miguel’s Cocina. Normally I avoid chain restaurants but my phone battery was low, my stomach was angry, and I just really, really needed some tacos. Plus, all the reviews mentioned free queso, so the decision was made. To get to Miguel’s I had to venture off my safe little bikeway and onto some real streets, but San Diego is very bike-friendly, so even riding on streets without bike lanes wasn’t that bad. I’d give Miguel’s tacos 3.5 stars but I’d give the queso and margaritas an enthusiastic 5 stars.

After lunch, I continued along Orange Avenue, which is full of shops and more restaurants. I almost immediately discovered a place designed for me – an ice cream shop right next to a bookstore. I perused Bay Books for a long time. Let’s just say I could have easily fit the Hotel del Coronado tour into my schedule if I had been willing to sacrifice book browsing time, but that’s just not who I am. After making some purchases (because I am weak and never leave a bookstore empty handed) I popped over to Moo Time Creamery, where I purchased an ice cream taco.

After shamelessly shoving an ice cream taco into my mouth while standing on the street, I hopped back on my bike and just rode around, stopping whenever a shop caught my eye. It was a great way to see more of the area. Unfortunately, I needed to head back to the ferry so I could catch a ride back to downtown San Diego.

The ride back was just as beautiful, but my butt was starting to ache. If any of you have ever done a spin class or ridden a bike for several hours, you’ll know what I’m talking about. When I got off the ferry and realized I still had to ride the bike all the way back to my hotel I pouted and then decided to ride as quickly as I could so I could rest my overworked bum. Sorry guys, but you need to know this so you can properly prepare yourself for the post-bike ride soreness! Of course, it was all worth it and I would absolutely do it all over again. Maybe next time I’m in San Diego I’ll reserve more time for Coronado Island and those Hotel del Coronado beach beds! 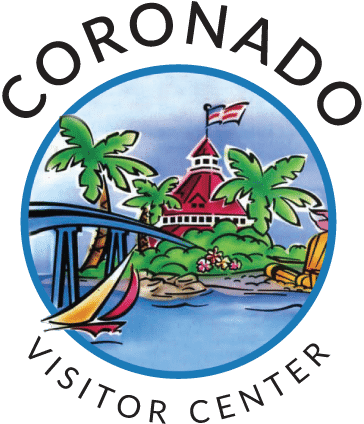 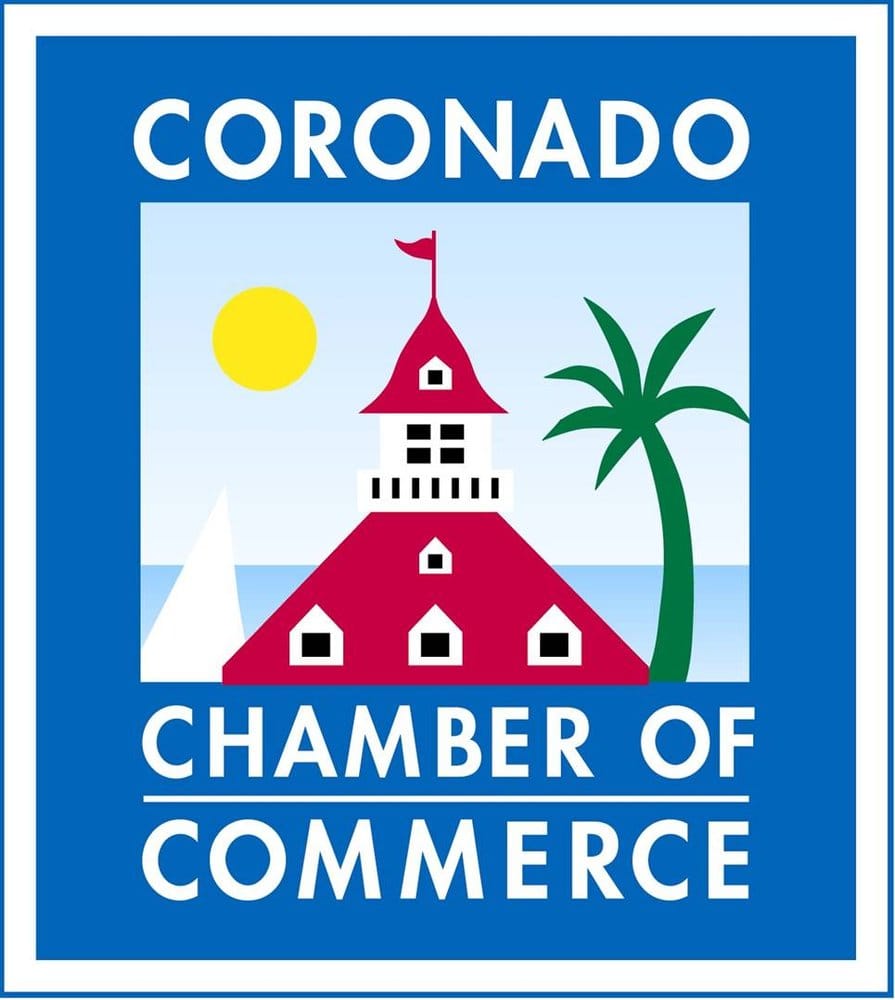