Click Here for More Information and to Reserve Your Spot Today >>

Back to All News IndyStar

For the Brickyard 400, teams will go ‘racing’ down the Canal this August — in pedal boats

But the pedal boat race down the Downtown Canal on Thursday, Aug. 23 will bring plenty of heat as teams battle sun and surf (well, more like ripples) in their quest for the canal’s most coveted crown.

The event is a partnership between Downtown Indy, Inc. and Indianapolis Motor Speedway to celebrate the 25th running of the Brickyard 400.

Teams of eight will race from the Ohio Street bridge to the New York Street bridge and back in their quest for the “Grand Prize:” 16 tickets to the Big Machine Vodka 400 at the Brickyard Powered by Florida Georgia Line race Sept. 9, eight Wheel Fun Rentals pedal boat rides and “Fastest Pedal Boaters in Indy” bragging rights.

Races will splash off at 5 p.m., and two boats carrying four people each will race to the New York Street bridge — the approximate length of a walk from Monument Circle to City Market — before switching off with the four other members to head back to the Ohio Street bridge. After navigating a single-elimination bracket, the final two surviving squads will square off in a championship race.

If you’re looking to kill time between races or just there to watch the gritted-teeth-pedal-pumping, there’s something better to do than bake in the sun. Downtown Indy will host a bash at the Eugene and Marilyn Glick Indiana History Center‘s canal plaza for DJ entertainment, grub from the Stardust Terrace Café, and a beer and wine bar from 4:30-7 p.m. (Downtown Indy expects the races to finish by 6:30 p.m.)

Ready to pump your calves and smash your heels to the floor? Sign-ups for eight-person teams are open here. Registration is $80 per team.

Pedal boats are, of course, provided.

IndyStart Full Article – For the Brickyard 400, teams will go ‘racing’ down the Canal this August — in pedal boats 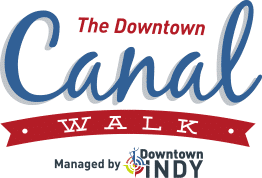