Point Ruston in beautiful Tacoma has it all. Gorgeous views, friendly people, and plenty of bike friendly activities are just waiting to be explored! As you travel north, up to Point Defiance Park, be sure to stop and admire the yachts moored at the Tacoma Yacht club.

Back to All News Extended Bike Route

Point Ruston and Point Defiance are not that far apart from each other, but getting between them has always involved hopping into your car and backtracking. But on July 6, 2019, that all changed.  Wilson Way – a 605-foot pedestrian bridge between Point Ruston and Point Defiance – opened. Walkers and cyclists will now be able to walk all the way from Chinese Reconciliation Park at the far eastern end of the Ruston Way Waterfront, all the way to Point Defiance Park. Some work on the bridge will continue after it opens, such as adding signs. The bridge was named for Jack C. Wilson, who worked as executive director of Metro Parks for 17 years and retired in 2016.

But that’s far from the only new addition to town. July 6 also saw the opening of Dune Peninsula, the Frank Herbert Trail that loops around the Peninsula, as well as six slides that lead down to a marina complex…because why take the stairs when you can slide? There are also stairs next to the slides, but come on. Take the slides! Even if you don’t need to go to the marina, take them anyway. There will be a total of six slides of varying lengths.

And Dune Peninsula and Wilson Way will indeed be an experience. Count on great views, great places to walk as well as pretty much the best way to heal a formerly ruined industrial site ever.

From 1890 until 1986, ASARCO operated first a lead smelter on the site and later a copper smelter, which heavily polluted the land. For decades, the site sat empty and toxic until Point Ruston moved in. Moving into this particular area was no small feat. Slag is a waste product of the smelting process and ASARCO poured its hot slag into the Puget Sound to cool it down – which created the peninsula.

That peninsula is now the 11-acre Dune Peninsula, aptly named for sci-fi novel “Dune” by Tacoma native Frank Herbert. In fact, Herbert’s experience living under the pollution from the smelter influenced his work in “Dune,” a novel focused on a polluted world in need of repair. Similarly, the Peninsula was reclaimed and made safe for people to enjoy. It now features the Cambia Legacy Lawn for concerts and events, views of the water and plenty of benches to sit and enjoy those views. The trail looping around the Dune Peninsula is named for Herbert and quotes from his novel will be embedded in the path in later 2019.

Dune Peninsula is an amazing place to sit and enjoy the beautiful views.

“This project involved moving 400,000 tons of dirt around the site and placing a woven geotextile fabric cap over it (followed by several feet of clean dirt and landscaping),” explains Hunter George at Metro Parks. “The peninsula is now a lot taller than before because of all that dirt. All of the work was supervised by the U.S. Environmental Protection Agency and the Washington State Department of Ecology.”

“Dune Peninsula is so serene, so beautiful, and so fun that being there feels like an escape from the hustle and bustle of city life,” said Aaron Pointer, president of the Board of Park Commissioners. “And the views from the Wilson Way bridge are spectacular. This park provides the full scope of the beauty of our environment — from Puget Sound and the Olympics to Mount Rainier and the Cascades.”

All total, the work cost $74.8 million and spanned three years from 2016 until 2019. It is the largest project in Metro Parks’ history. 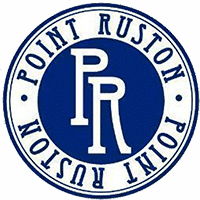