Guided Sunset Paddle Programs Every Tuesday in the Summer

Back to All News Lonely Planet

Bike, scoot, boat or race your way to these top 11 things to do in Indianapolis While the Hoosier state capital is perhaps best known as the home of the Indy 500, Indianapolis is more than just a city for racing enthusiasts. It’s a place where public art, professional sports, bikeways, universities, museums and parks meld together in one dynamic city.

Plan to explore Indianapolis on wheels – biking or scootering are two popular modes of transport – or by kayak via its central canal. You can even hop into a racecar and take a 180mph spin around the oval-shaped Indianapolis Motor Speedway for the thrill of a lifetime.

Here are our picks for the best things to see and do in Indianapolis.

The best way to explore the backdrop of the 1979 hit movie Breaking Away (about a working-class teen obsessed with the Italian cycling team) is by bike. The Indianapolis Cultural Trail, an 8.1-mile-long bikeway, loops through downtown Indianapolis and features spurs that take riders through three city neighborhoods.

The pleasant bikeway is dotted with more than 61 pieces of public art. Download the free trail map and rent a bike at one of the Indiana Pacers Bikeshare stations along the trail.

The 267-acre White River State Park is Indianapolis’ prized urban green space. Situated along its namesake White River, the park has trails, trees and cultural gems. Catch a flick on Indiana’s largest movie screen (it’s more than six stories tall) at the IMAX Theater or watch a baseball game at Victory Field. Meet the mastodons of prehistoric Indiana, see the best-documented Amish quilt collection in the world and learn more about the Hoosiers who made their mark on the world at the Indiana State Museum. The park’s Eiteljorg Museum shines a spotlight on the indigenous people of Indiana through its extensive collection of works of art by historic and contemporary Native artists. Dug out in the early 1800s to serve as a commercial shipping waterway, the Indiana Central Canal offers a 3-mile waterside promenade for bikers, walkers and runners. The public art-lined canal walk begins at 10th St and Dr. Martin Luther King Jr. St and travels south past several landmarks, including the USS Indianapolis Memorial, the Watanabe Garden and the Indiana State Museum, before arriving at White River State Park. Rent a swan pedal boat or a kayak at Wheel Fun Rentals at Canal Walk to get out on the water and soak in the scenery.

Kiss the bricks at the Indianapolis Motor Speedway Museum

The Indy 500 is perhaps the greatest spectacle in automobile racing. Considered part of the Triple Crown of Motorsports (along with the 24 Hours of Le Mans and the Monaco Grand Prix), the race is hosted on the 2.5-mile-long, oval-shaped track of the Indianapolis Motor Speedway, built in 1909. The Indianapolis Motor Speedway Museum is home to one of the world’s largest collections of vintage racecars, including more than 30 Indy 500 winners. Photographs and other vintage memorabilia showcase the Speedway’s 100-plus-year history.

Take a behind-the-scenes tour and experience the Speedway’s rich history. Visitors can also stand for a photo op at the same podium as the race’s celebrated winners and “kiss the bricks” at the start/finish line. NASCAR champion Dale Jarrett started this tradition: kneeling and kissing the pavement as a tribute to the winning drivers.

If you want to experience the thrill of the Indianapolis Motor Speedway, hop into a real Indy race car and take a spin around the iconic oval with the Indy Racing Experience. You’ll feel the g-force as you sit in the passenger seat beside a professional Indycar driver who will whip you around the track at 180mph.

To feel the exhilaration of car racing minus the bone-tingling, Speedway Indoor Karting offers go-karting on its mini superspeedway, an oval-shaped slick track that promises an adrenaline rush at a speed of up to 40mph.

Stroll by the galleries, theaters, restaurants and boutiques on Mass Ave

Massachusetts Avenue, known as “Mass Ave” by locals, is a five-block, historic district, where the arts mingle with commerce. Pick a pair of kicks from Stout’s Footwear (the oldest shoe store in the country), treat yourself to a Flying Cupcake, sip a stein of German lager in the historic Rathskeller Biergarten or see a classic play at The District Theater.

Paint with an elephant, touch the skin of a rhino or feed a sloth at the Indianapolis Zoo

The Indianapolis Zoo is home to more than 3800 animals, including red pandas, Brazilian rainbow boas and warthogs. The zoo’s Simon Skjodt International Orangutan Center, a research hub dedicated to orangutan conservation, houses 10 of the apes. Innovative cable highways allow the orangutans to travel throughout the zoo.

If you’ve ever dreamed of painting with an elephant, touching the rough skin of a rhino or feeding a sloth, check out the zoo’s menu of unique animal adventures.

Soak in art immersed in nature at Newfields

Surrounded by 34 acres of grounds, the historic Oldfields-Lilly House and Gardens is the former estate of pharmaceutical millionaire Eli Lilly. Tour the home and grounds designed by the renowned landscape architecture firm Olmsted Brothers and then browse the 54,000-work collection of the onsite Indianapolis Museum of Art (IMA). The eighth-largest encyclopedic art museum in the United States, the IMA features rotating exhibits and a permanent collection that includes an extensive collection of Neo-Impressionist and Japanese paintings of the Edo period. Cap off your visit with a glass of sparkling wine on the garden terrace of the onsite beer garden.

A life-size dinosaur peeks through a window of the massive Children’s Museum of Indianapolis, where kids are invited to listen to, touch and climb the exhibits. Its five floors are packed with so many fun exhibits that kids won’t even realize they’re learning as they play. Children will want to take a swirl on the 1917 Broad Ripple Park Carousel, build toy boats to float along the waterway at ScienceWorks and spend a day with the dinos at Dinosphere, a sound-and-light experience that time travels to the late Cretaceous period 65 million years ago. Outdoor exhibits include the Avenue of Champions which features statues of 16 heroes of sports history, a mini-speedway with pedal racecars and the climbable 25ft-high Fantasy Tree House of Sports.

Scoot around the Bottleworks District

The boutique Bottleworks Hotel, an Art Deco gem that once housed Coca-Cola company executive offices, centers the walkable 12-acre Bottleworks District. The recently restored district was the largest Coca-Cola bottling plant in Indiana before it closed in 1964. The Garage Food Hall, the city’s first food hall and community-focused marketplace with 20 independently owned local and regional vendors, occupies two former delivery truck garages. Catch an indie flick at the Living Room Theater or challenge friends to a round of foosball, pinball or duckpin at Pins Mechanical Company. Pick up a Lime scooter-share so you can zip around the chic dining and shopping hub on wheels.

Indianapolis’ largest and perhaps most vibrant artist community occupies the half-million-sq-ft Circle City Industrial Complex (CCIC). Once upon a time, the Schwitzer Corporation, an early automotive parts manufacturer, churned out turbochargers here; today, artists work and collaborate in the massive space. Every first Friday, the CCIC hosts an open studio event, inviting visitors to connect with local artists through special exhibits, installations and live art-making events. Enjoy a “precision-engineered craft beer” at the dog-friendly Centerpoint Brewing, where a 30-barrel brewing system produces 3000 barrels a year, or a cocktail from 8th Day Distillery, makers of gin, rum, and even absinthe. Or, play a round of the newfangled sport of fowling – a rollicking game that combines football, bowling and cornhole – at Fowling Warehouse. The first person to knock down an opponent’s 10 pins (positioned in a typical bowling layout) with a football wins. 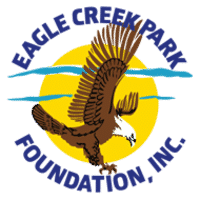 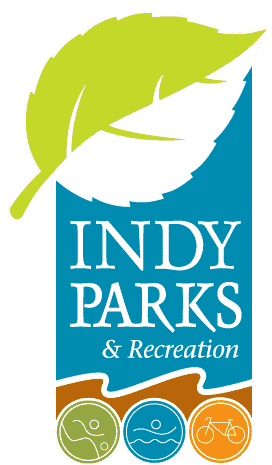